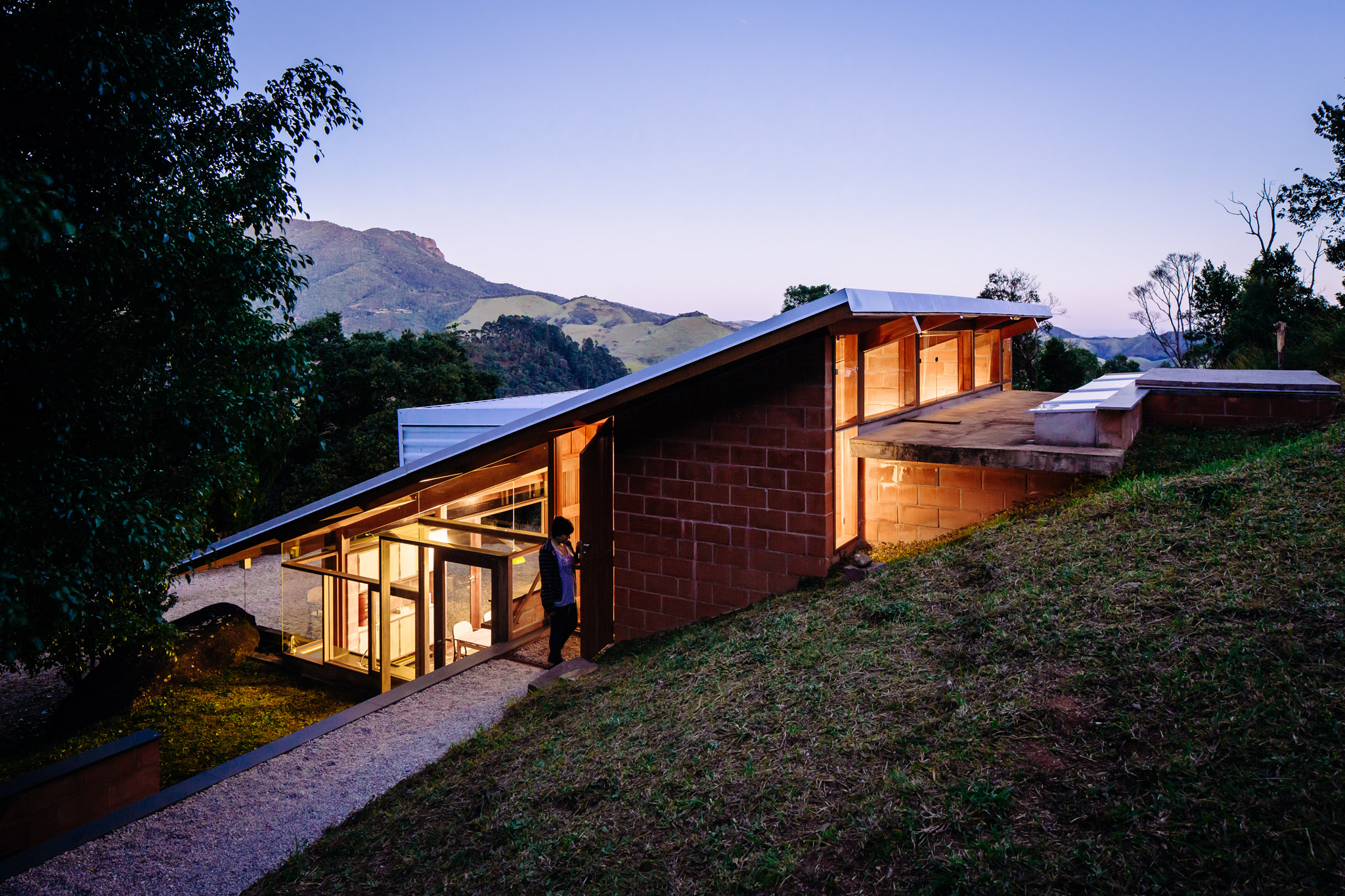 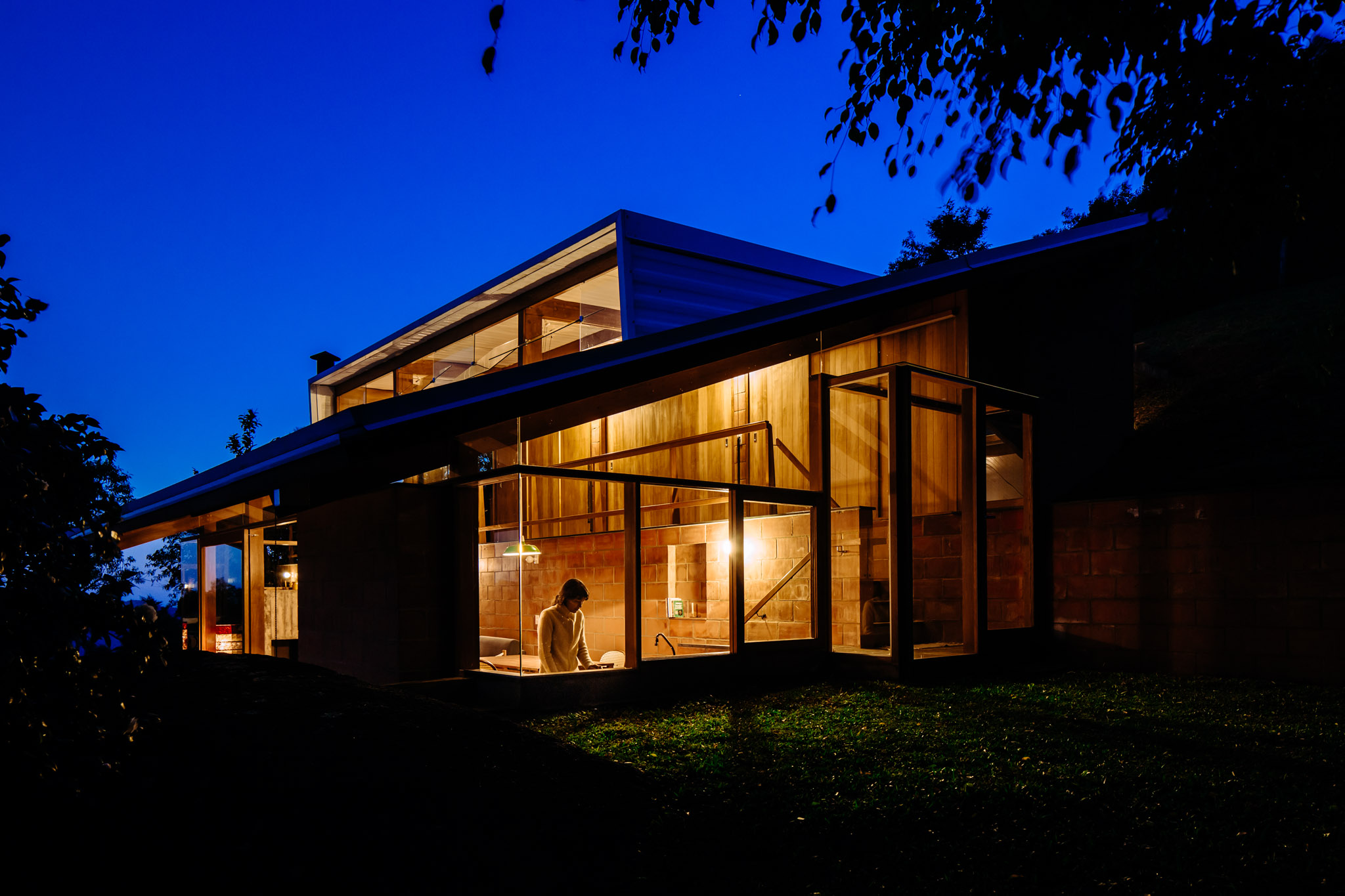 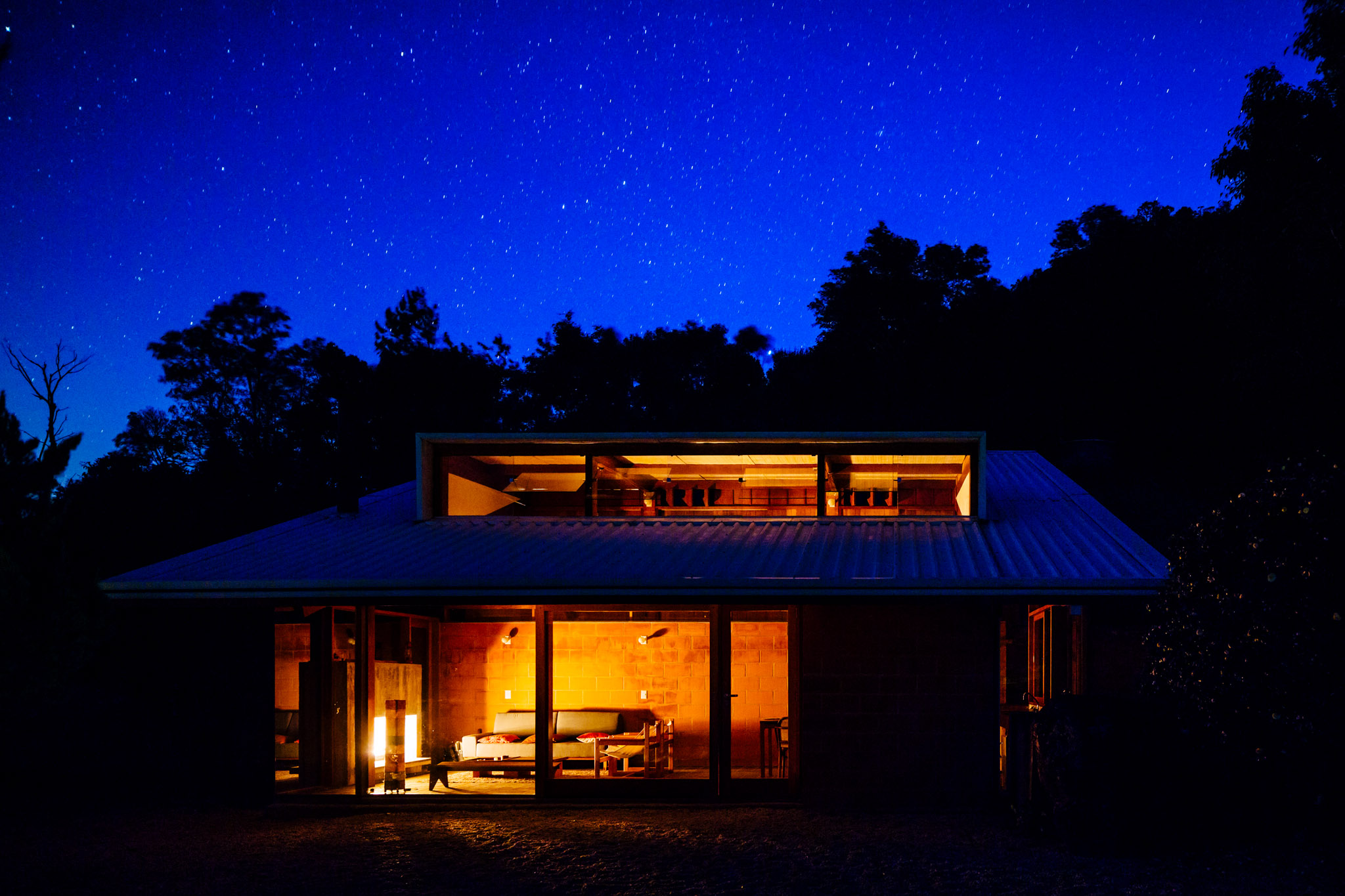 Built upon the retaining wall which sections a hill slope, this house’s geometry manifests the encounter between the natural rise of the terrain and a manmade plateau. Above all, the construction lies in the intersection of natural terrain and human habitat.

Located in the outskirts of São Francisco Xavier, a small village in the countryside of the State of São Paulo, Brazil, the lot is a steep terrain, as it is part of the mountain ridge that comprises Serra da Mantiqueira. The lot had a plateau from a preexisting construction, later demolished to give room for the new house. One of the challenges of the project was to find the means to integrate the plateau in favor of the new house.

A customary solution would be to erect it entirely on the existing levelled ground, contained to the pre-existing perimeter. But this would hinder all space available for outdoor activities, and when it comes to a country home, outdoor leisure areas are as important as the indoors.

The solution was to build it half-slope.Placing the rooms and bathrooms on an upper level within the ascending slope whilst reserving only part of the plateau for the ground-levelled living room and kitchen assures most of the flat portion of the land is dedicated to outdoor leisure usage. A large sliding door allows the dining table to be moved outside for an open-air lunch or picnic, which further expands the possibilities of social activities to the outdoors.

Three bedrooms and bathrooms occupy the upper floor, which is enclosed by the slanted terrain. In contrast to the open space communal areas, the bedrooms are small, encased spaces. They also have their own access to the outdoors, so a visitor can step directly outside his room and feel the grass beneath his feet without having to cross the entire house.

There is intent in the design to create diverse spacial sensations, which differ from what one usually experiences in everyday life in a city apartment. The built topography results in different heights and a myriad of pathways throughout the space. There’s a game of scale noticeable at first contact: the elevated mid plateau which gives access to the elevated bedrooms, adjacent to the retaining wall, makes the construction seem smaller and lower than it is in fact. This perception of scale shifts as one roams along the length of the main wall.

The angle of the roof refers to that of the terrain, in profile similar to the original landscape. Opposed to this gentle gesture, the retaining wall is the strongest expression of the projects intentions. Its length is almost three times that of the house itself, as it stretches out of the enclosed space, expanding different levels and providing different uses to the outside.

The flight of stairs, which binds the main wall to uppermost, is mirrored outside the house. Here, the glass doors, observable when one descends the stairs, evoke a mixed state of reflection and transparency. In this play of see-through and reflection, the interior presents itself as a mere segment – occasionally covered – of a much-extended construction.

In its essence, the project revolves around the act of building a house merged with its site; not as a mimic of nature, but as something that feels deeply rooted in its righteous place. 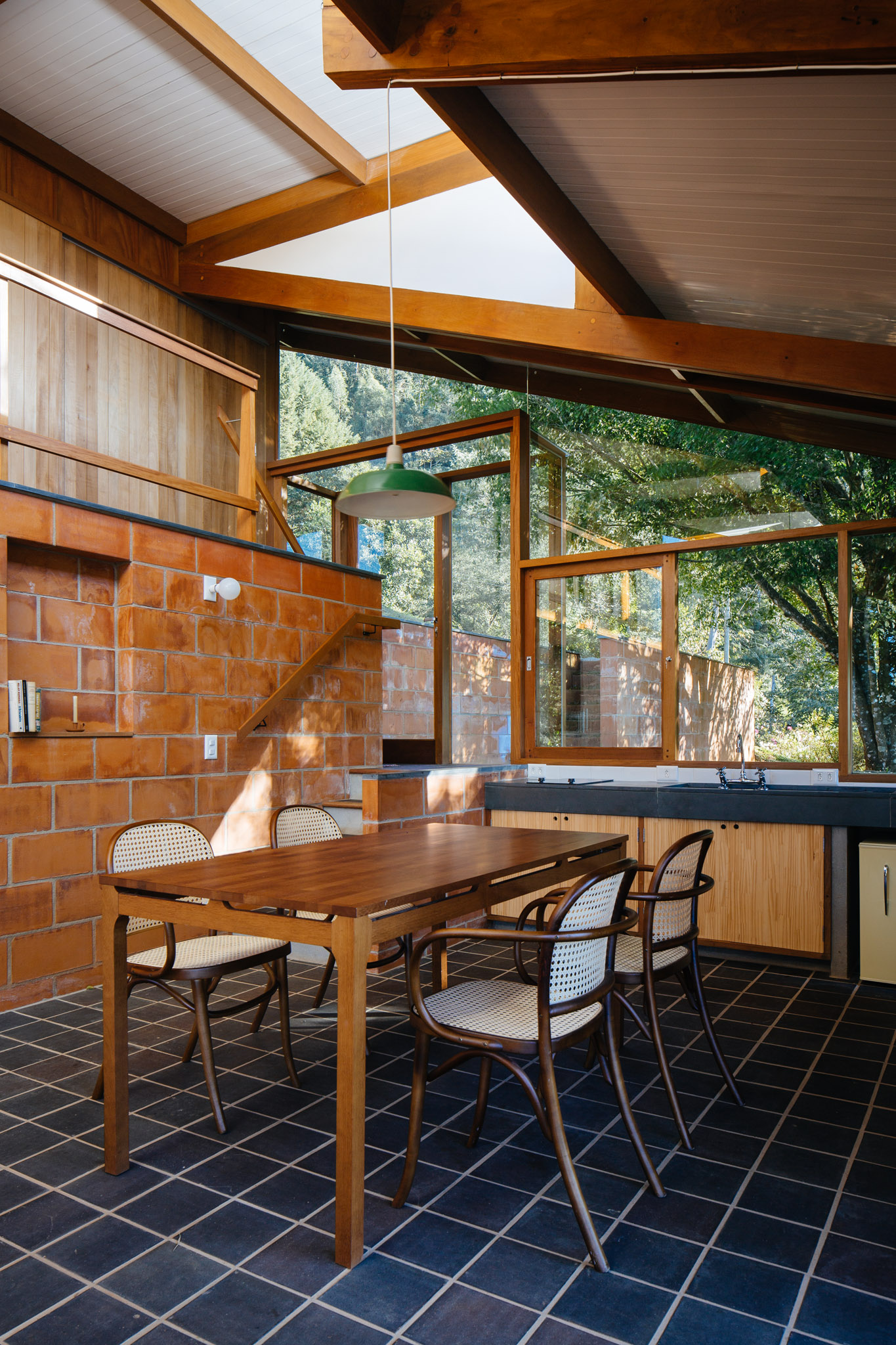 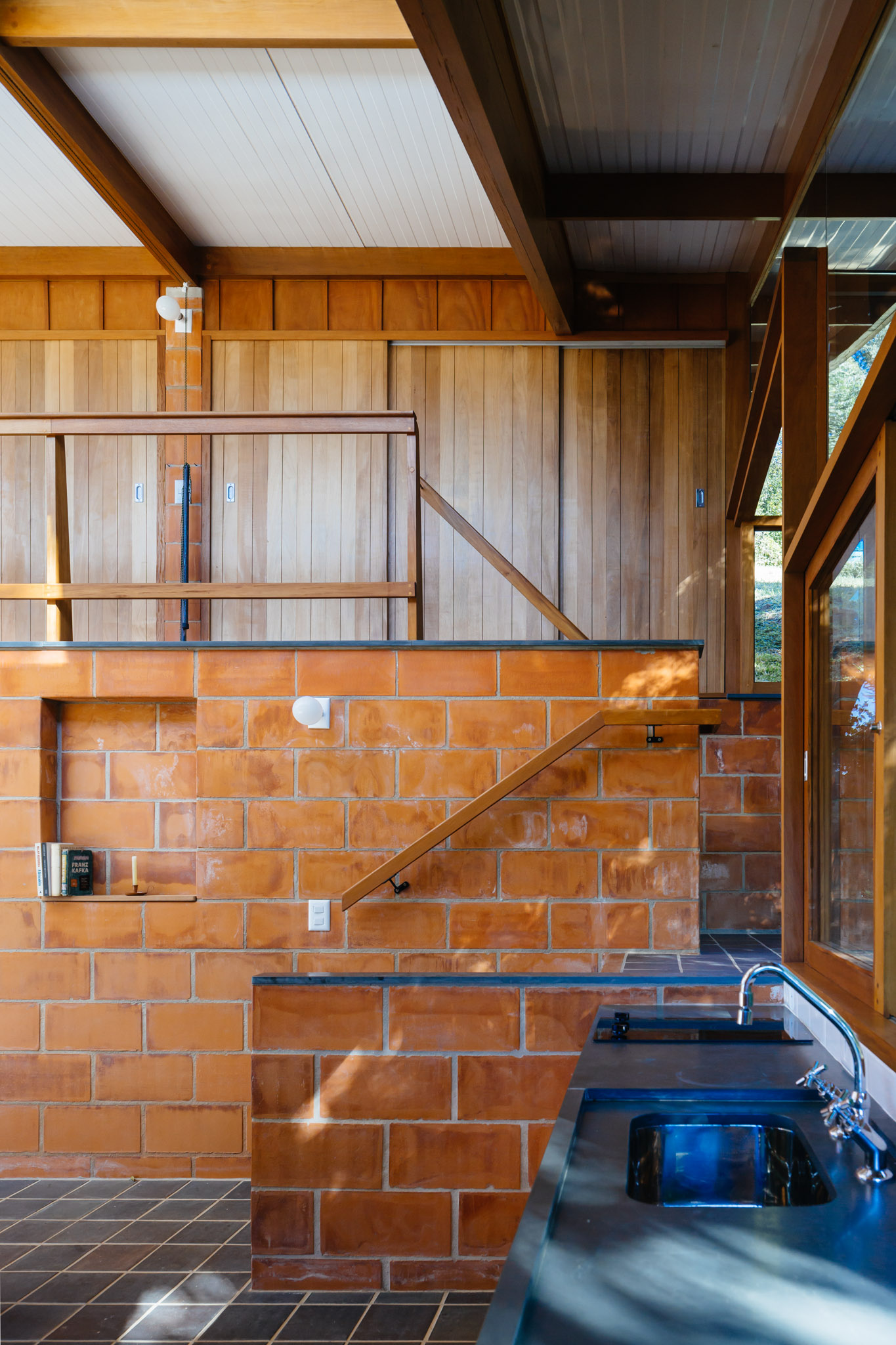 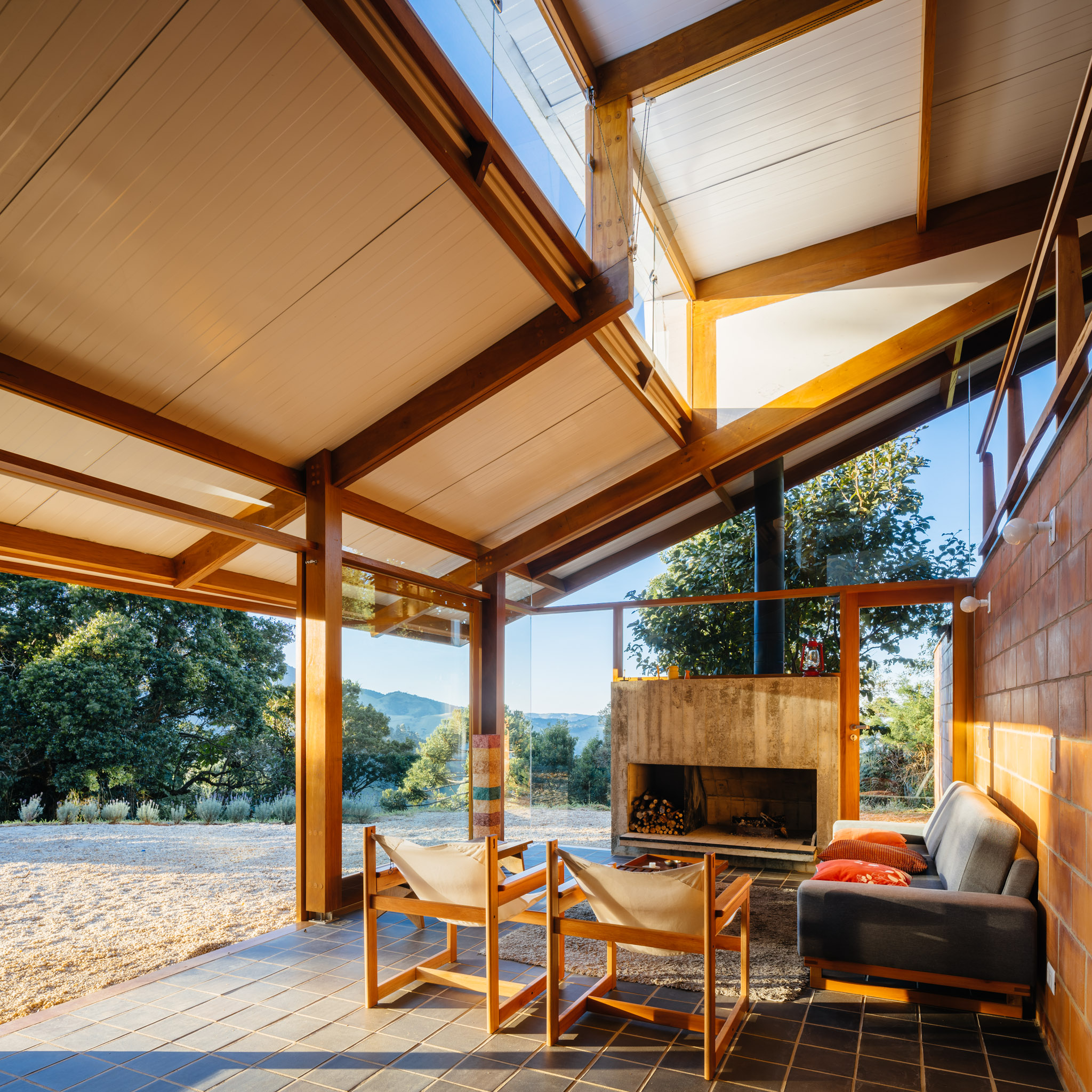 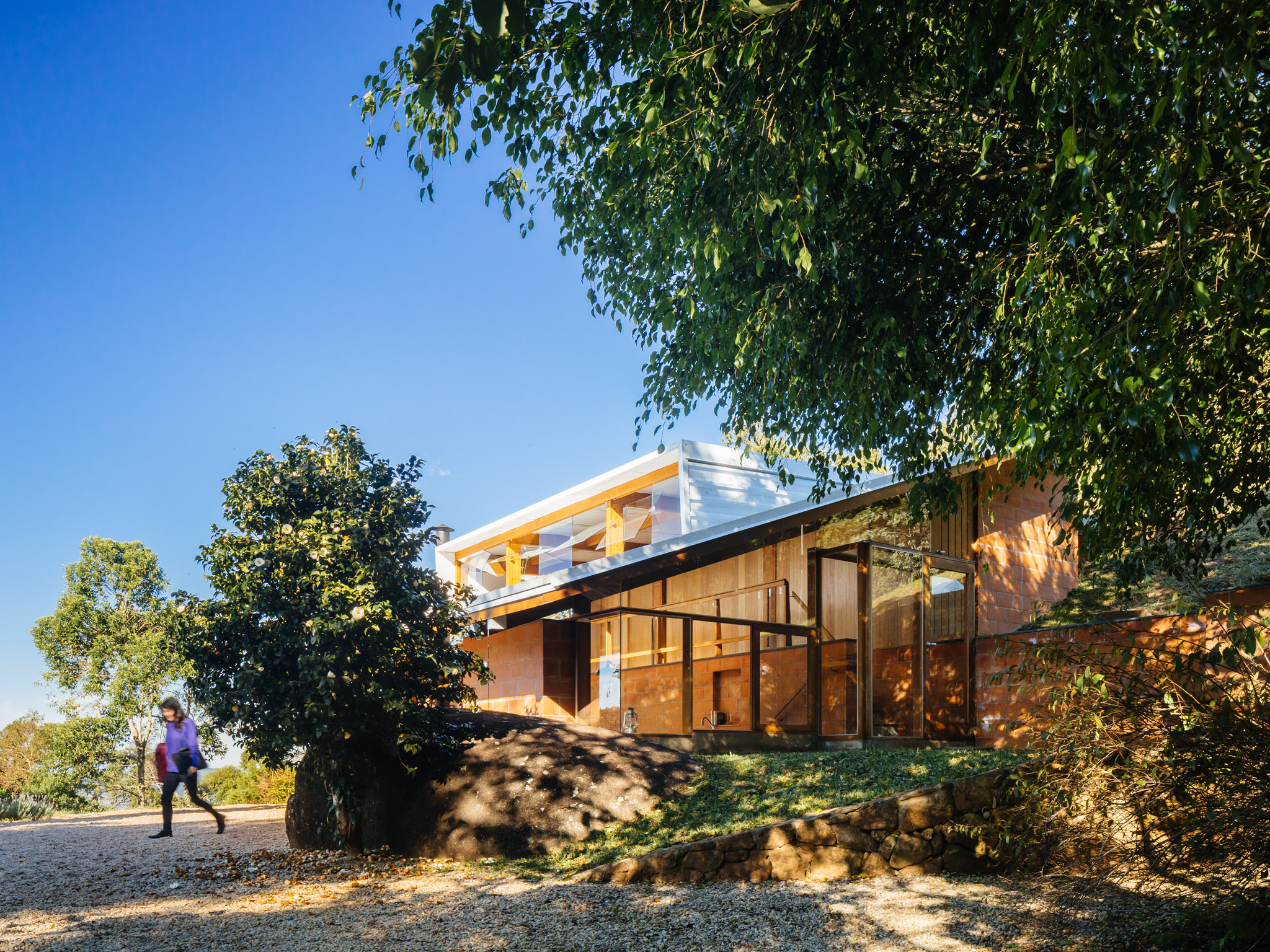 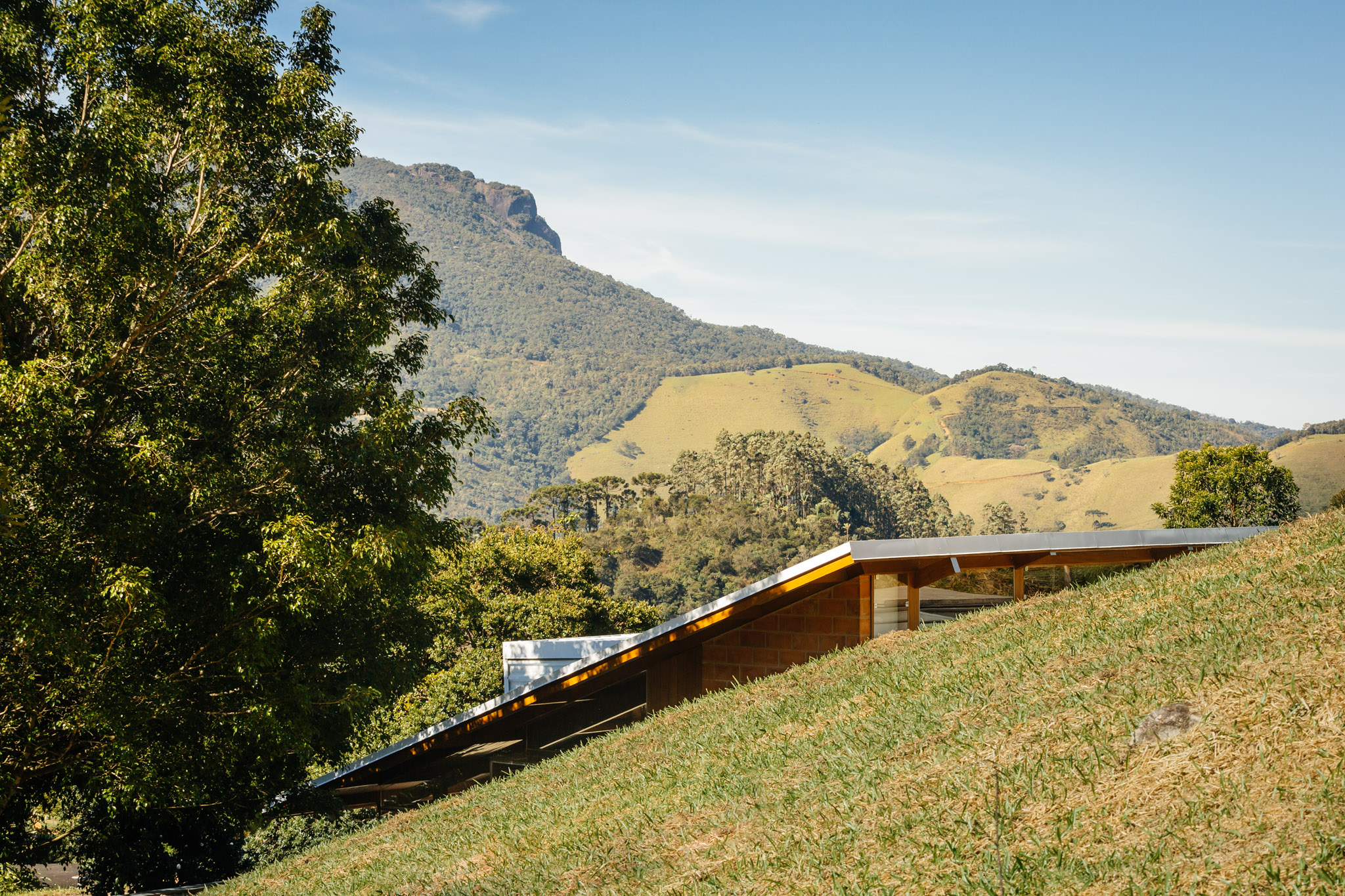