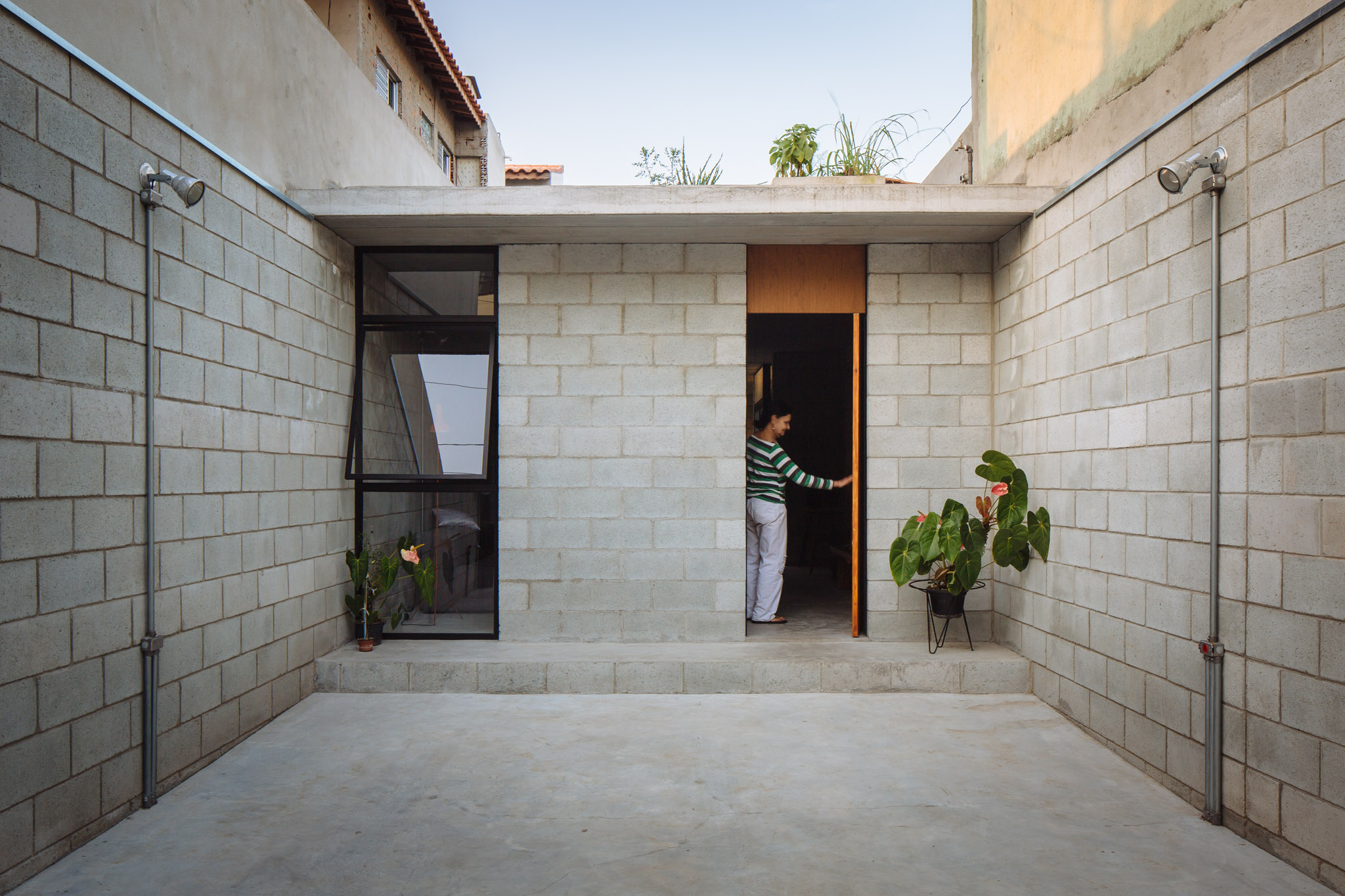 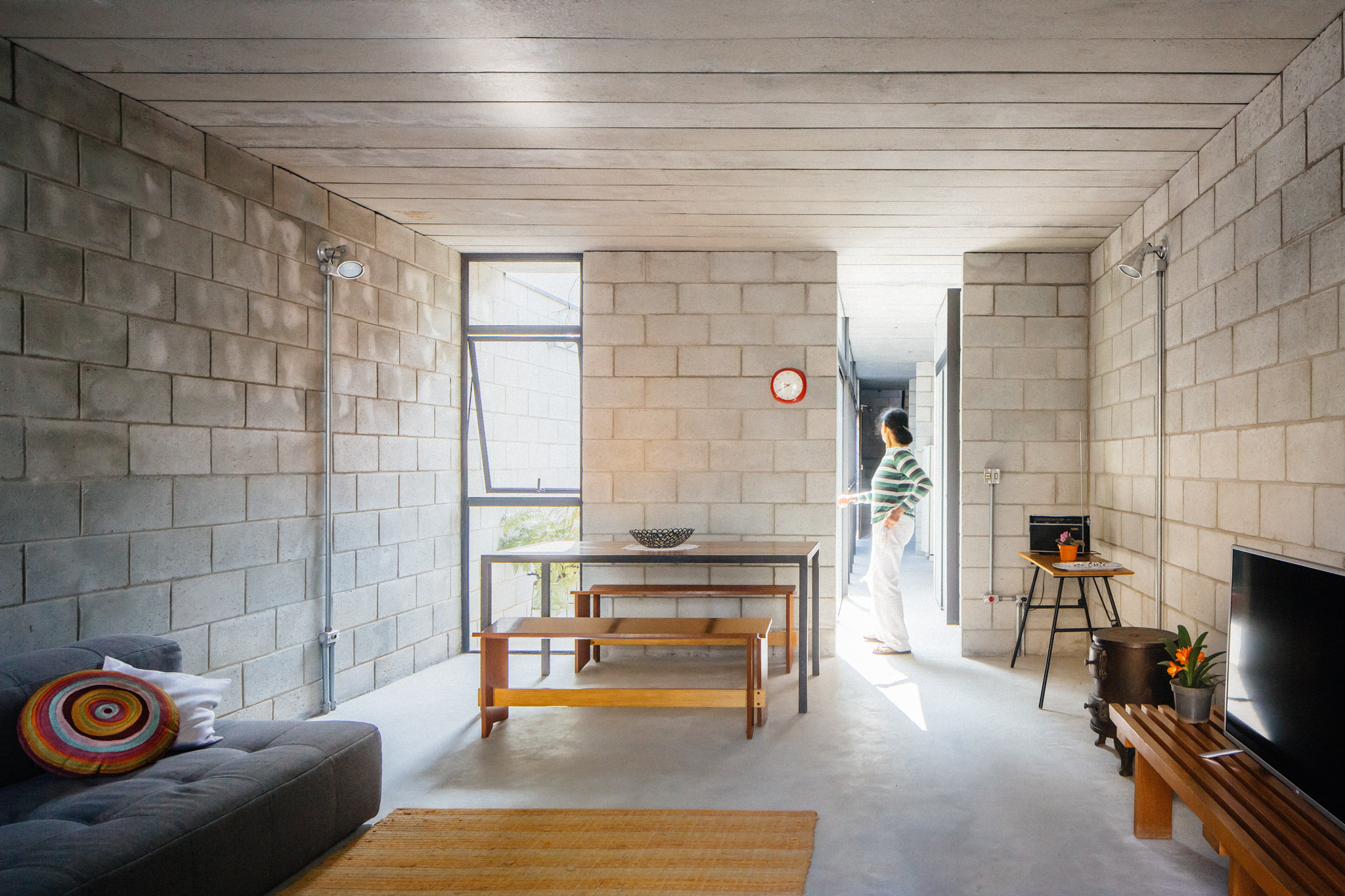 In 2011, a young man reached out to us about the possibility of designing a new house for his mother, a person of few belongings, who lived in a house with severe structural and sanitary problems.

Ms. Dalva has lived for decades in Vila Matilde, an outlying neighbourhood in São Paulo, Brazil. Close to her are cousins, uncles, brothers and friends. The first option would be to sell the house, and with her lifetime savings acquire a small apartment, even further away and most likely without access to an elevator. A troublesome situation, considering her advanced age.

Before long, it was glaringly obvious to resist displacement and isolation. To not move away. With this in mind, it was up to us and a network of collaborators to make it work. Once the process commenced, there was no going back and everything had to work until the end. The project’s design and construction work had to be suitable to the family’s constrained finances.

In early 2014, the house showed clear signs of deterioration and began to collapse. Ms. Dalva went on to live on rent at a relative’s house. The new house had to be built as fast as possible, else her expenses would completely consume all savings.

We used our recent experiences in exposed, structural wall blocks to erect a low-cost building, with great control and agility.

The biggest challenge appeared at the first stage of construction. Careful demolition of the old house took four months, at the same time that we executed the foundation and reinforced retaining walls which supported neighbouring buildings. The house was completed six months after masonry work was set forth.

The house is laid out in a 4.8m by 25m urban lot. On the ground floor, it features a living room, lavatory, kitchen, laundry and suite, to attend the needs of the homeowner. An articulation between lavatory, kitchen, laundry and an inner courtyard connects the living room at the front to the bedroom in the back. At the center, the green courtyard provides for light and ventilation. This area also serves as an extensions of the kitchen and laundry. The second floor accommodates a guest room, rendering a total area of 95m2. A vegetable garden grows on top of the living room’s concrete slab ceiling, and can be covered later to accommodate future demands of the family.

A simple solution, result of a long, complex and gratifying process. 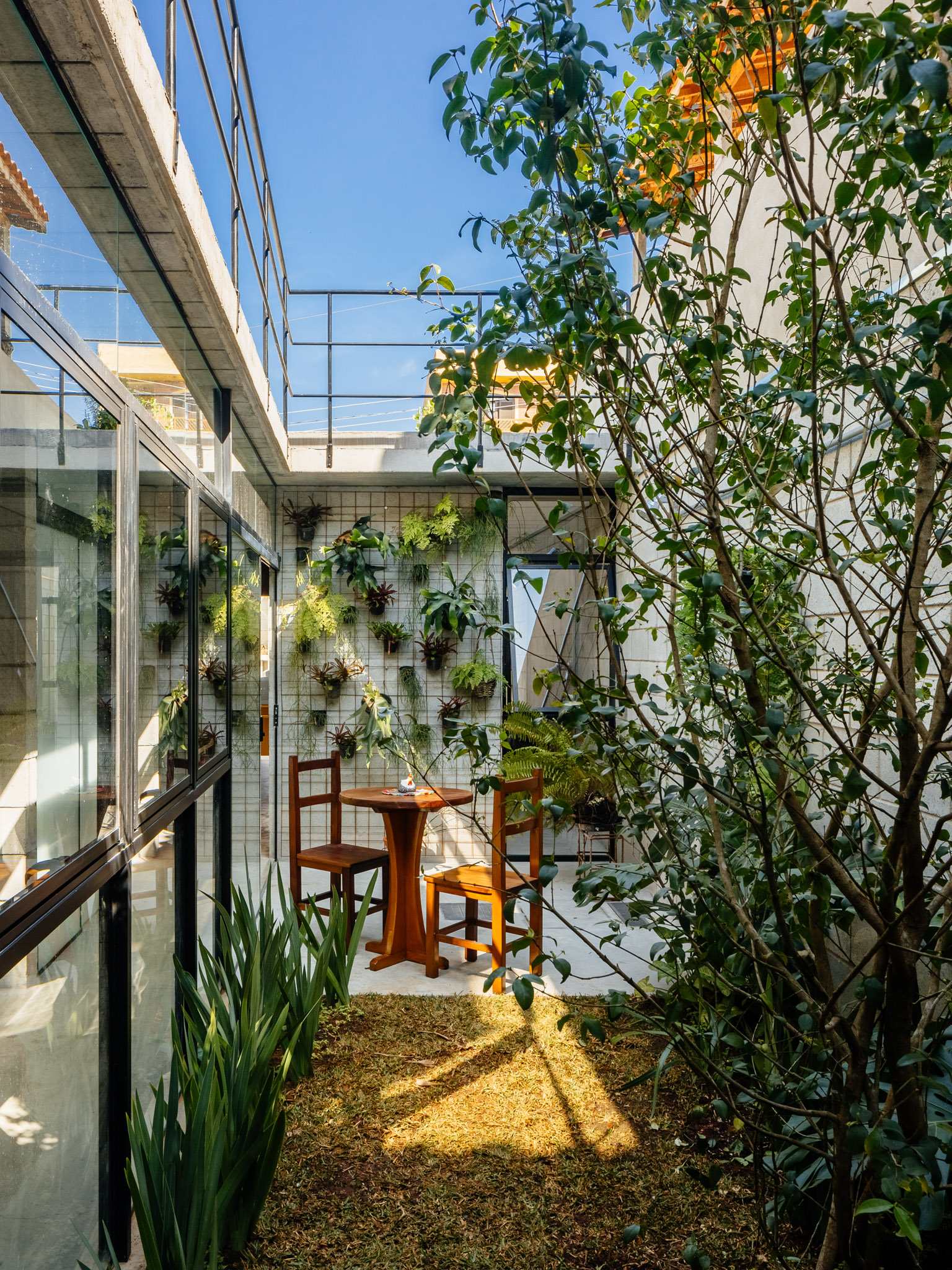 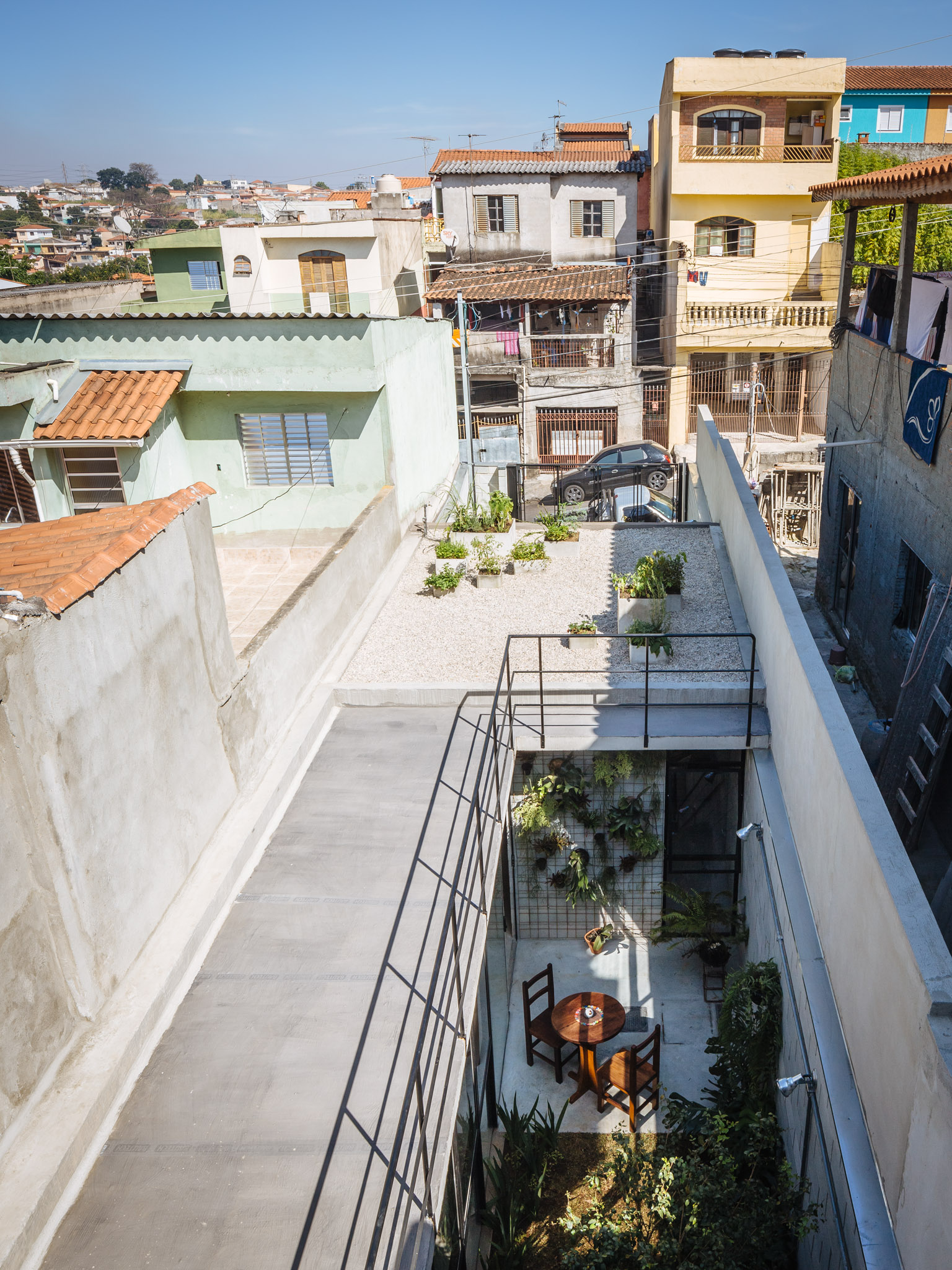 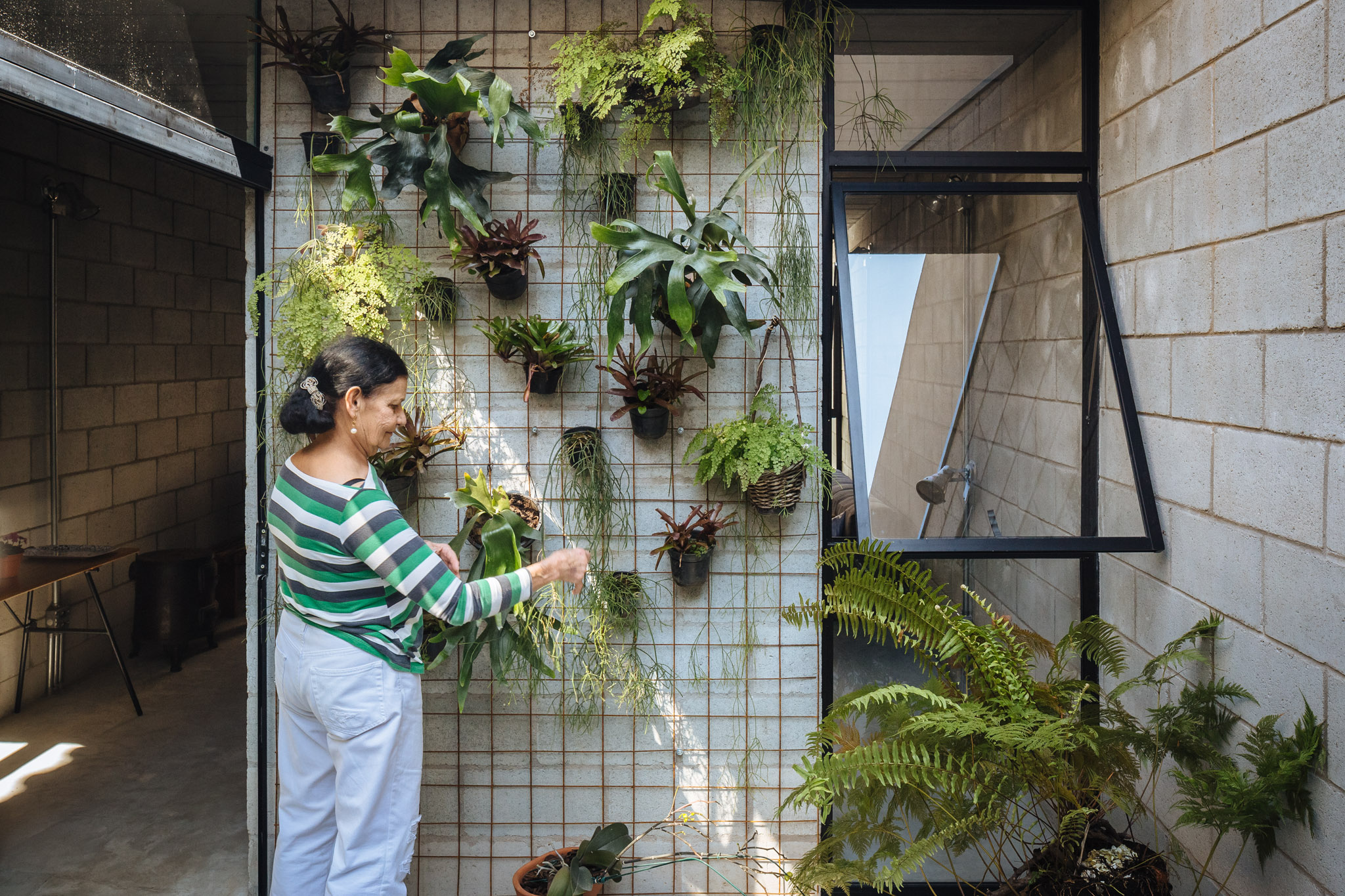 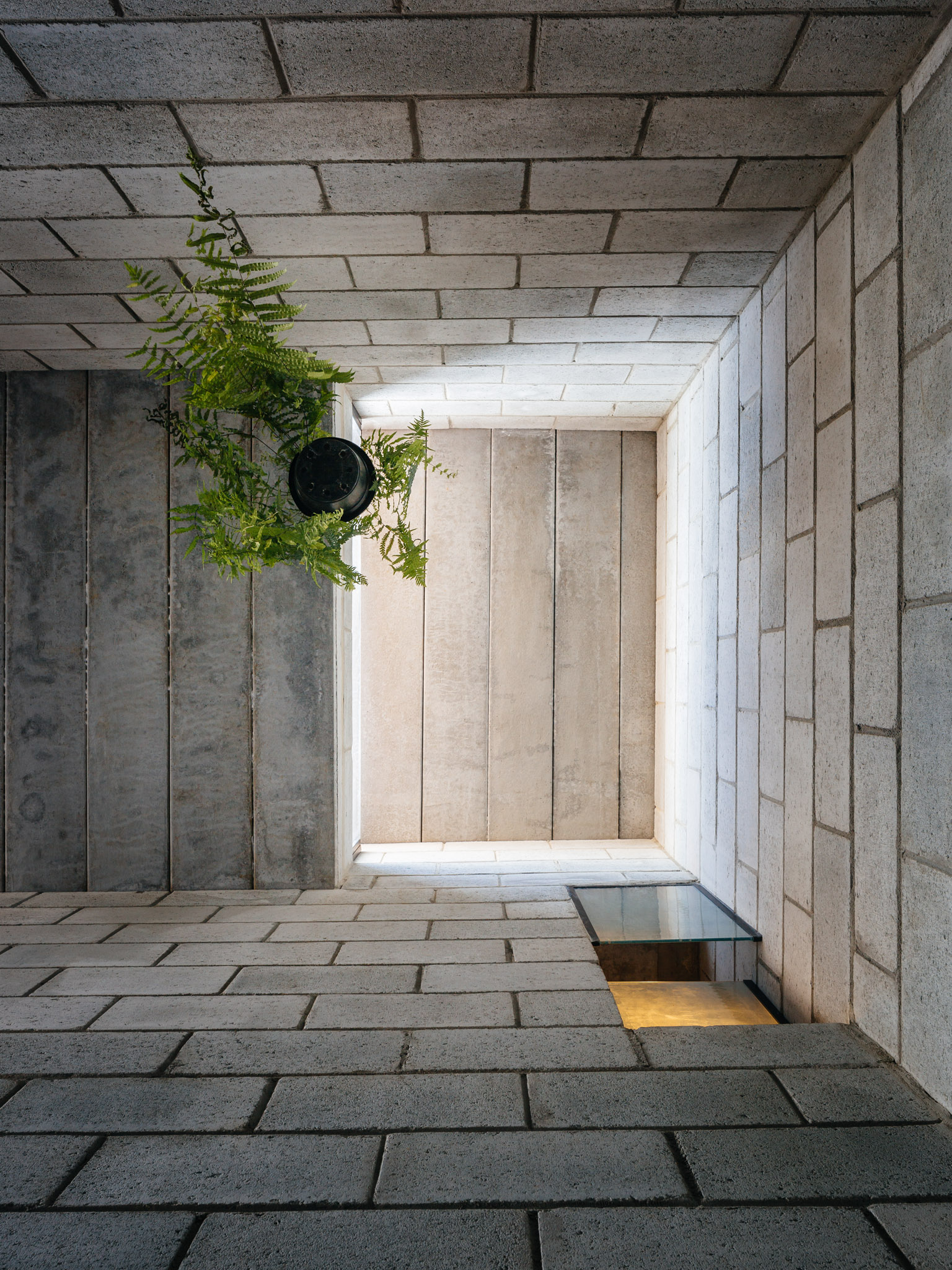 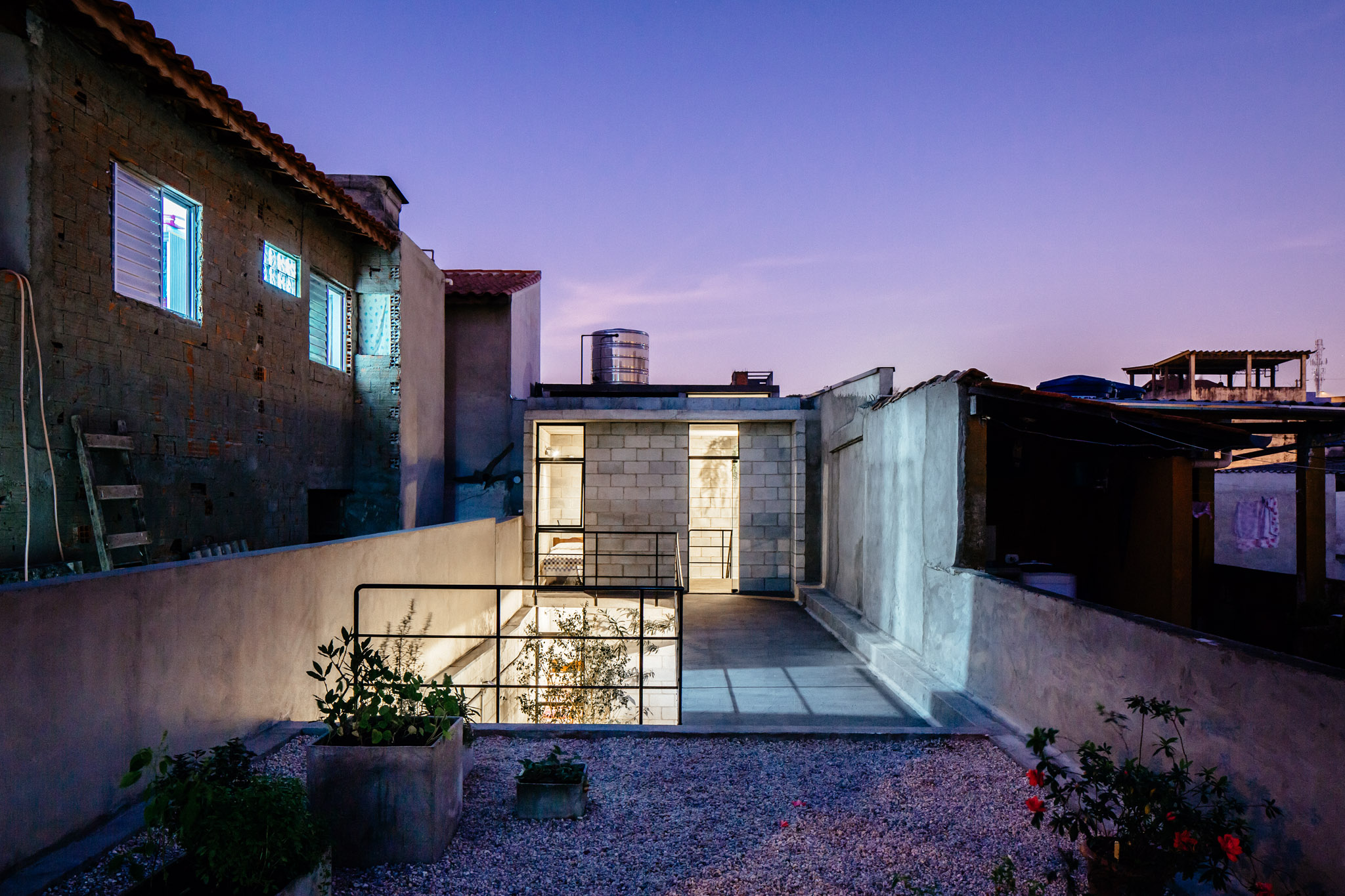